As we love to have unsusual commissions, we often have such. One of these was the grand opening of Mollo Club in Sopot. The manager ordered black shirts branded with club’s logo for all bartenders and staff. We were also invited to the opening, which we used to prepare this short photo report for you. 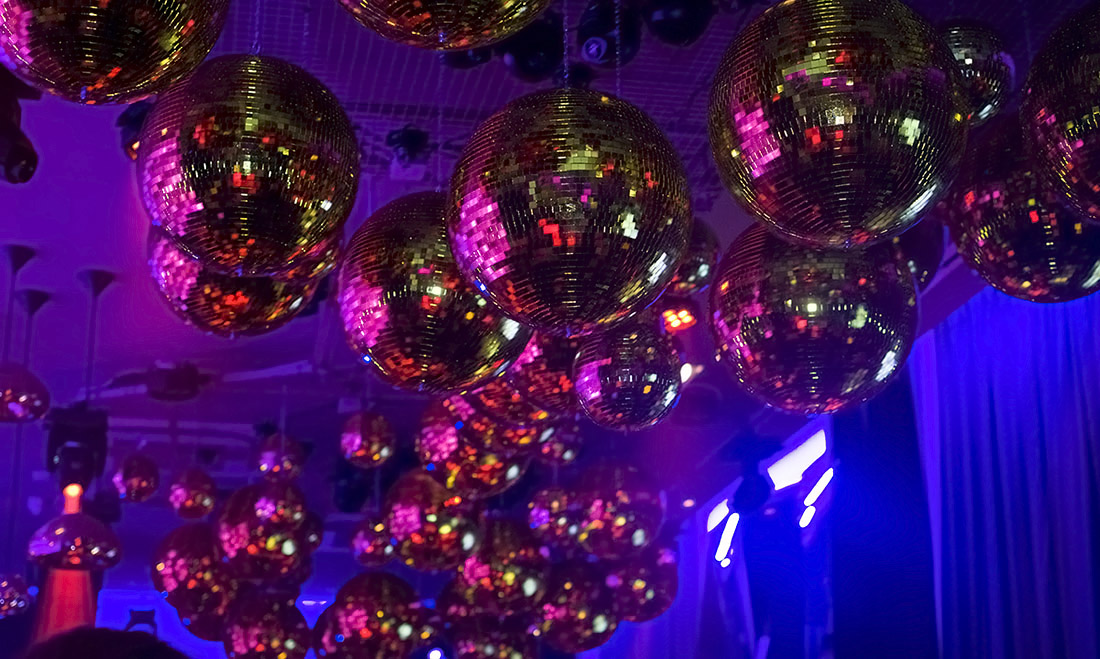 Starters – a swarm of disco balls under the celing. 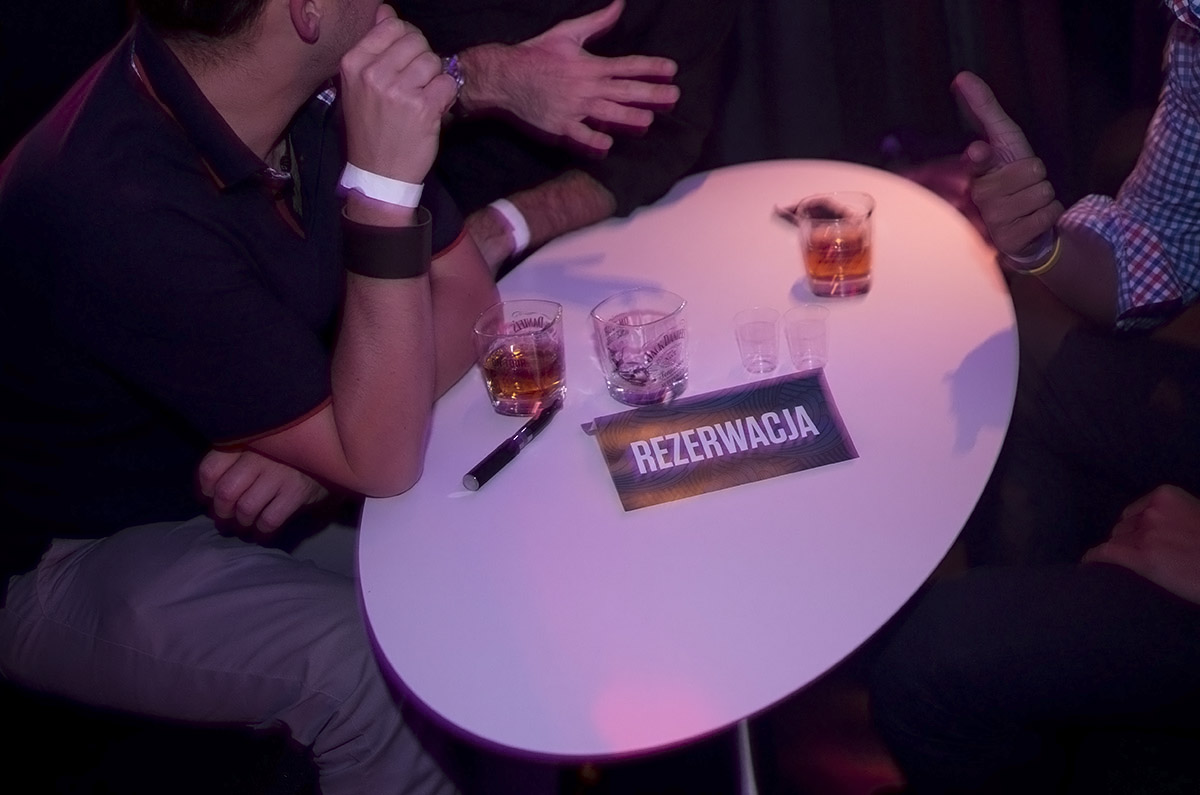 The grand opening gathered lots of people. Whoever made the reservation earlier, had a chance to drink his spirits in a cosy way. 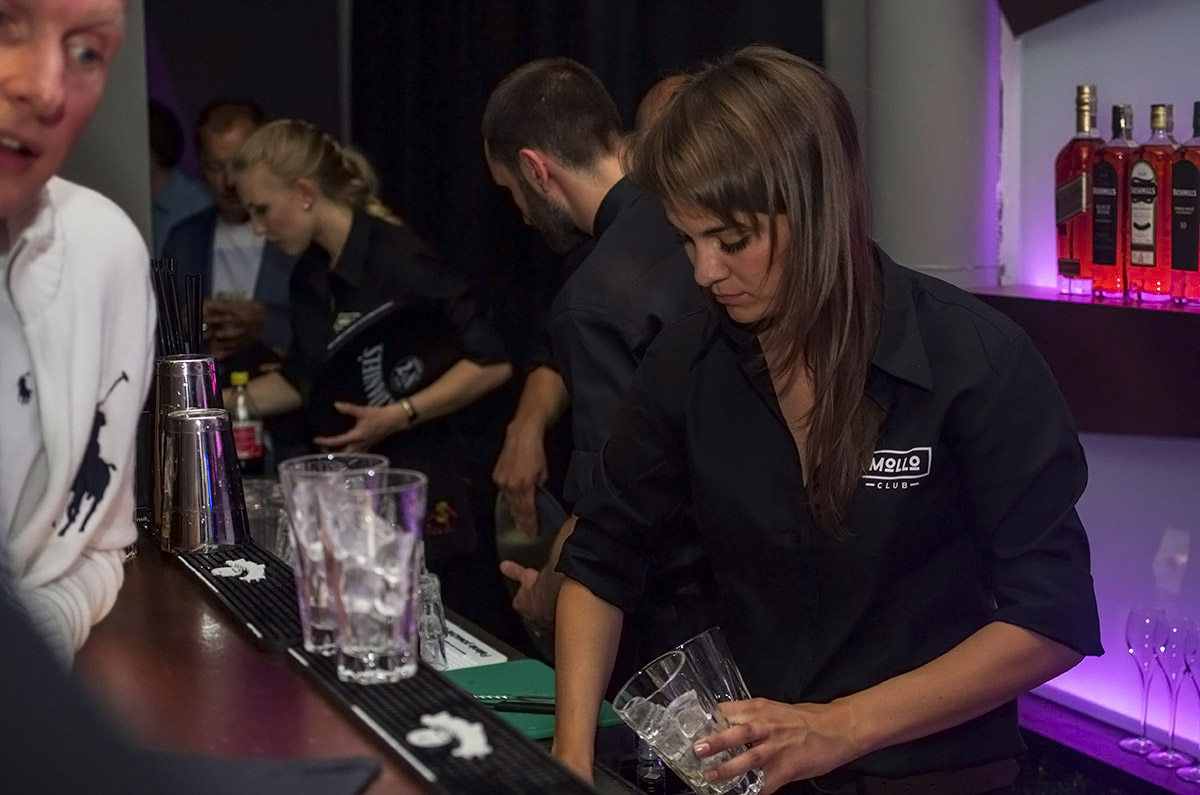 Bartenders in Printexpress.pl made shirts, were under the siege whole night. 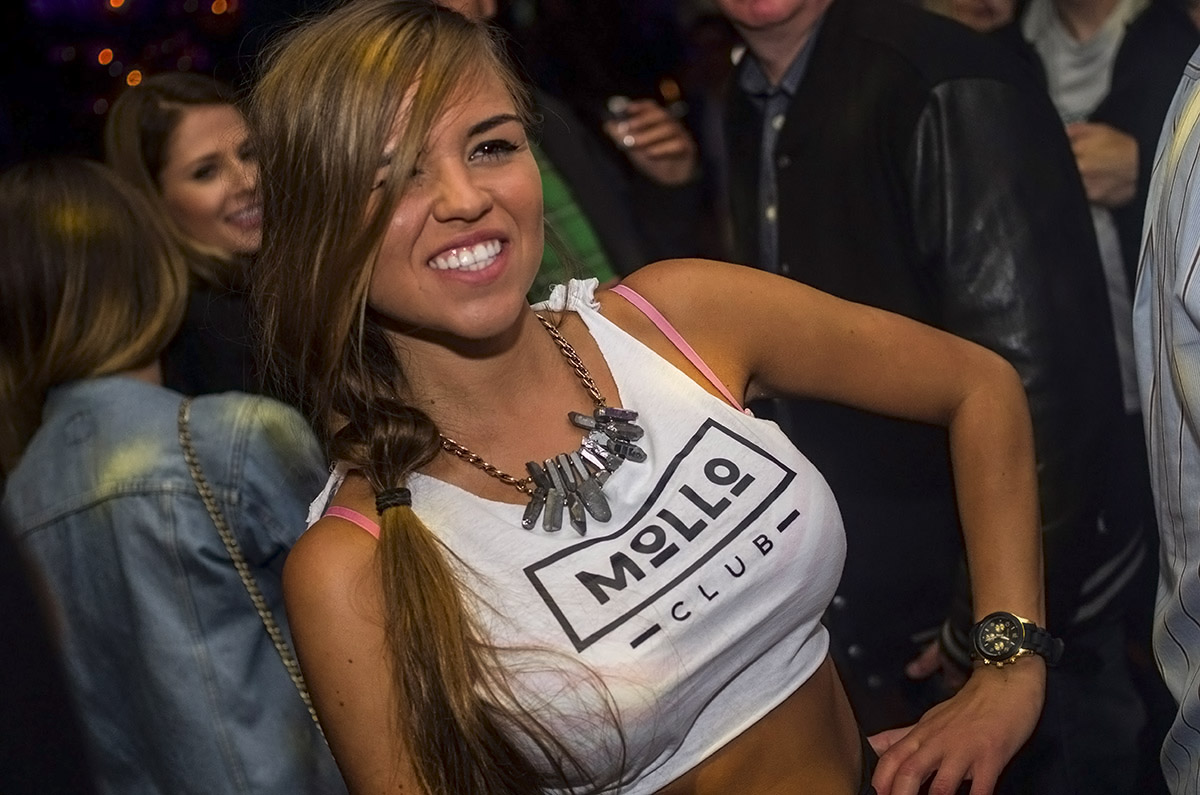 But there was fun among the crowd after all. 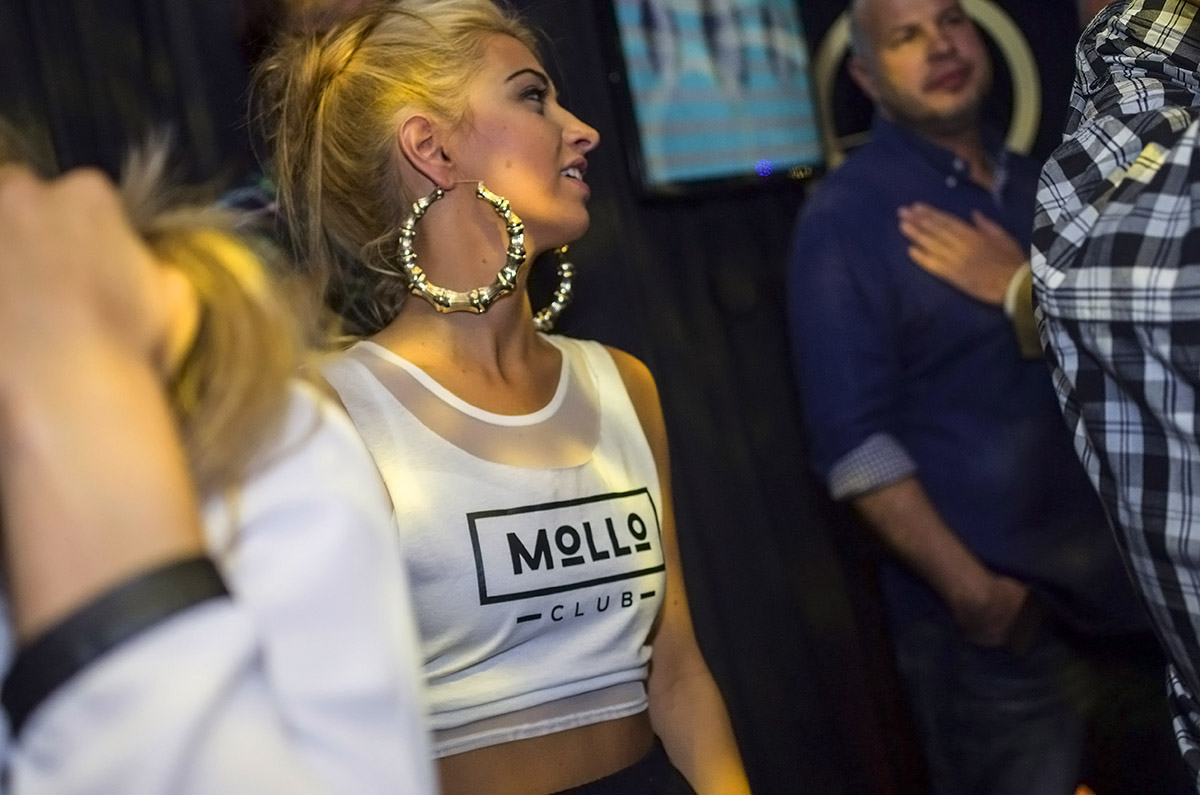 No matter which way would you look. 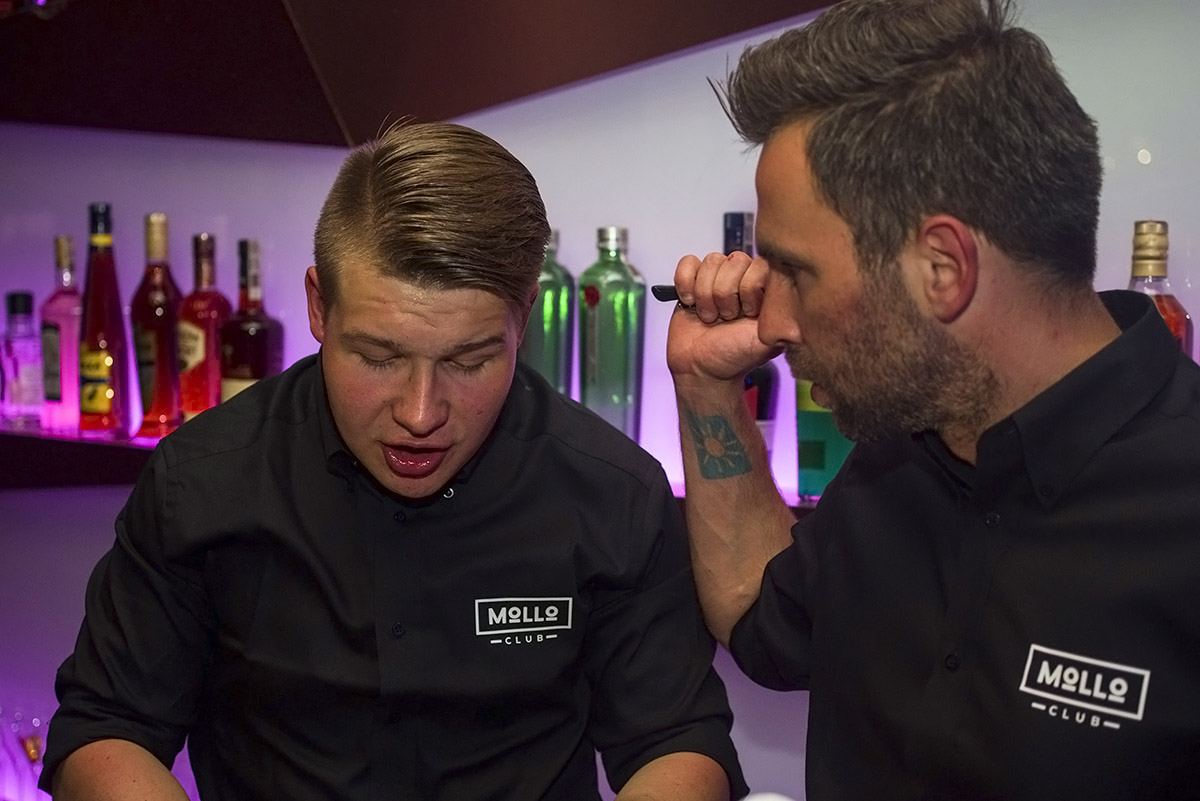 A little close-up on the logo. 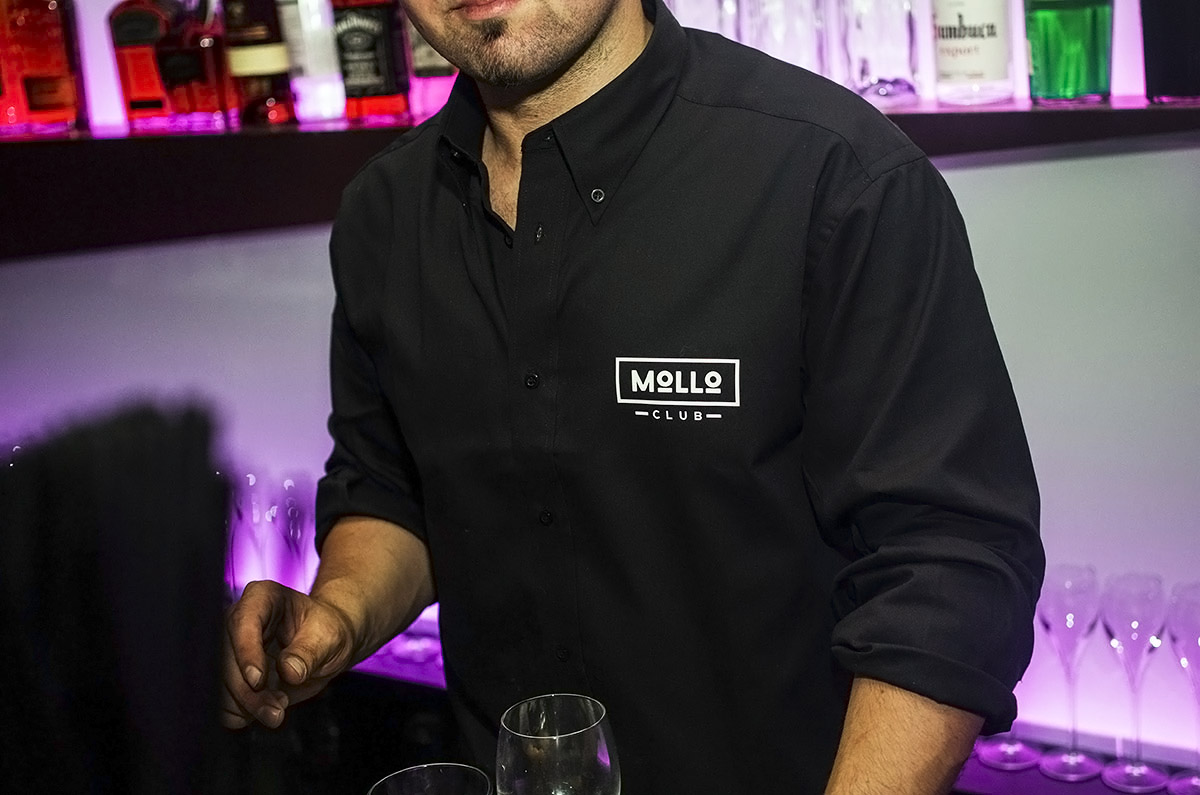 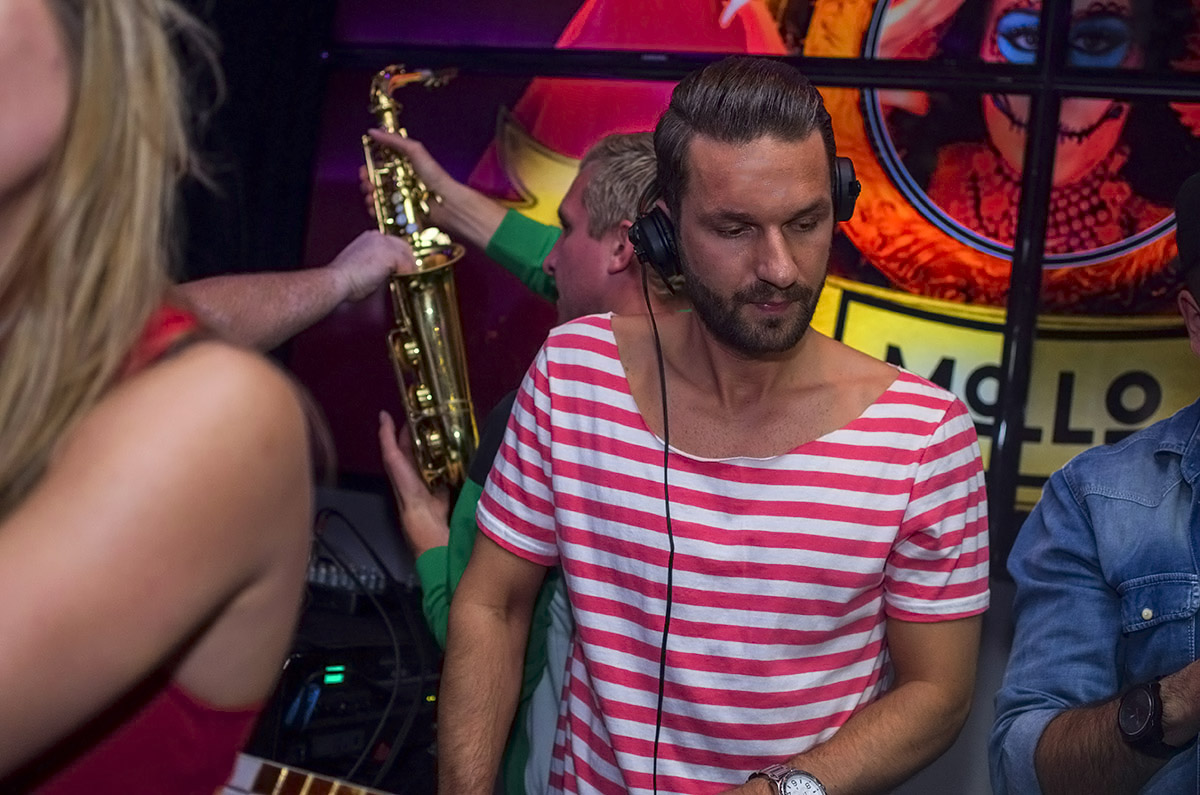 No fun without great music. Mollo Club catered with a quality music. 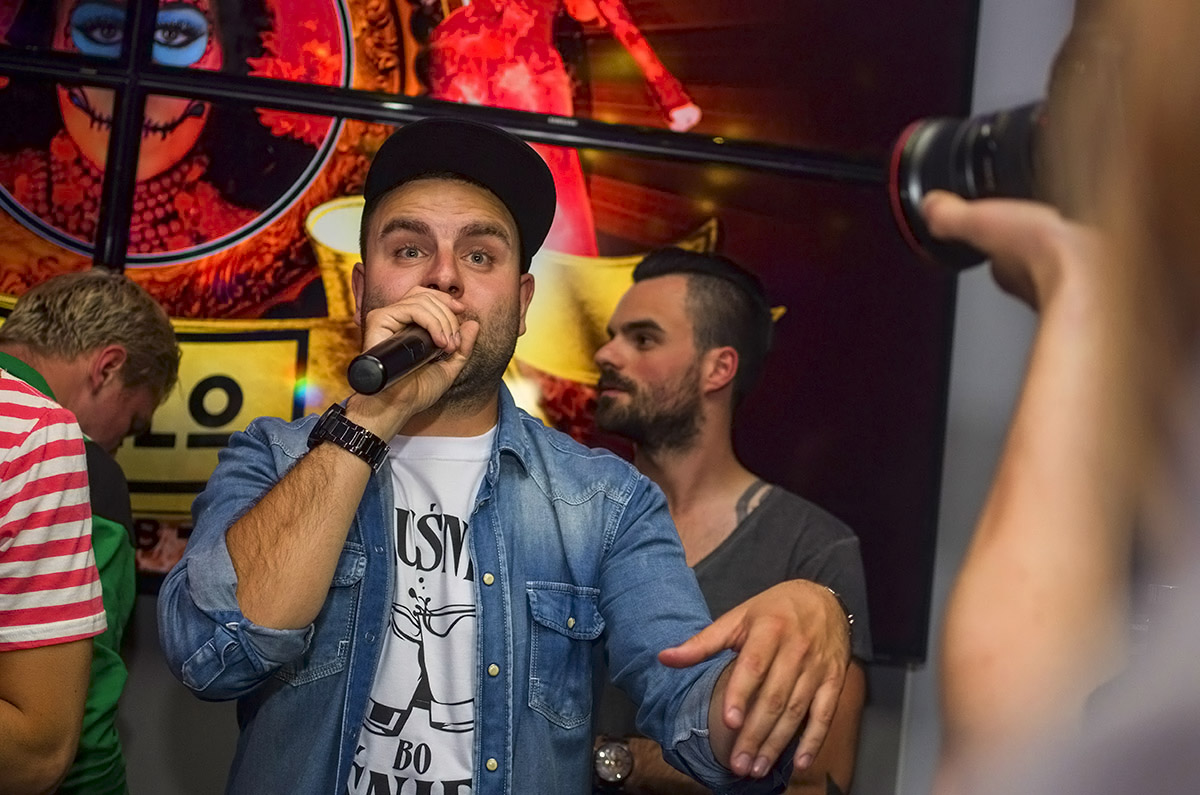 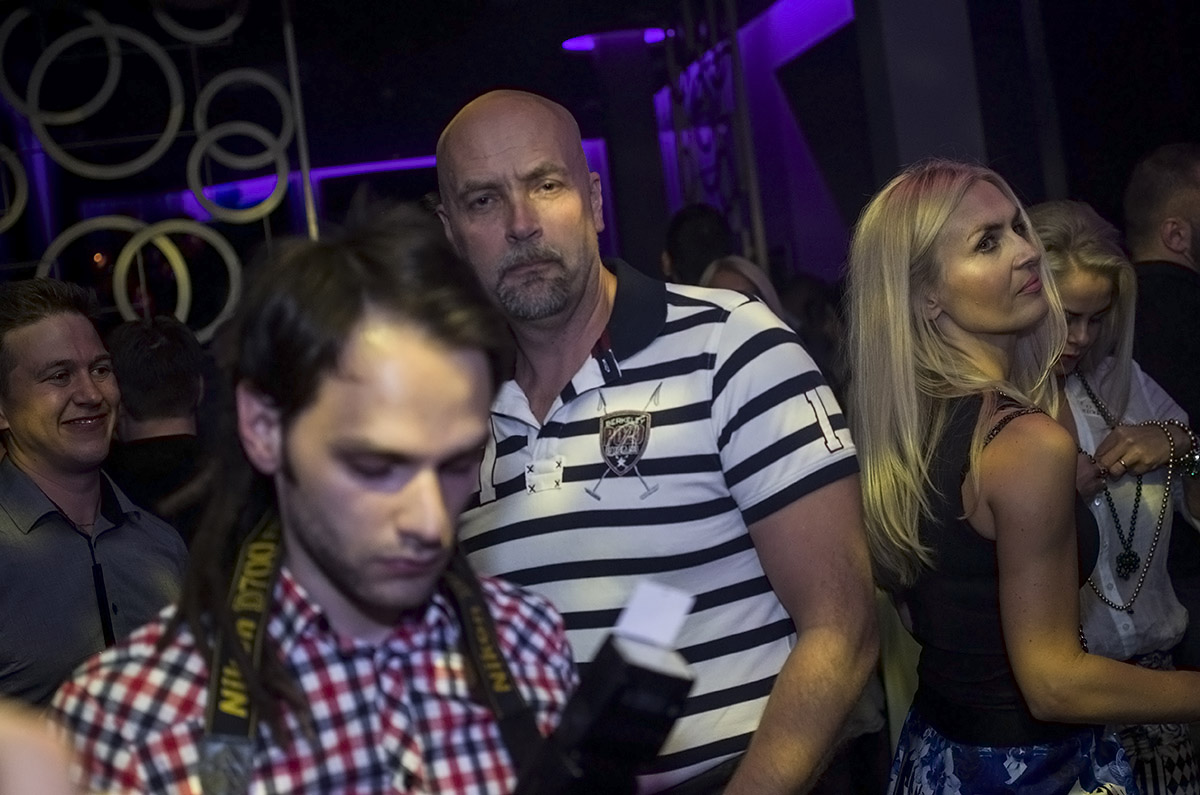 Even photogaphers had it a hard way to move among the crowd. 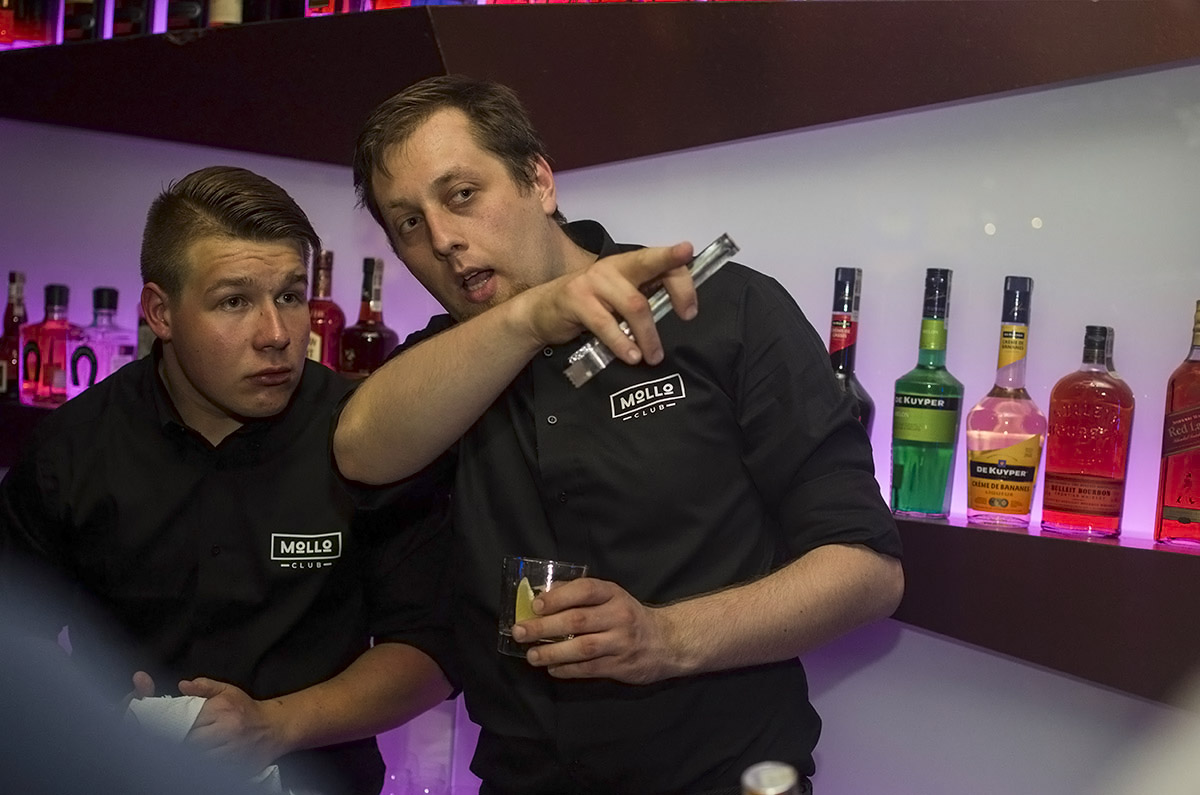 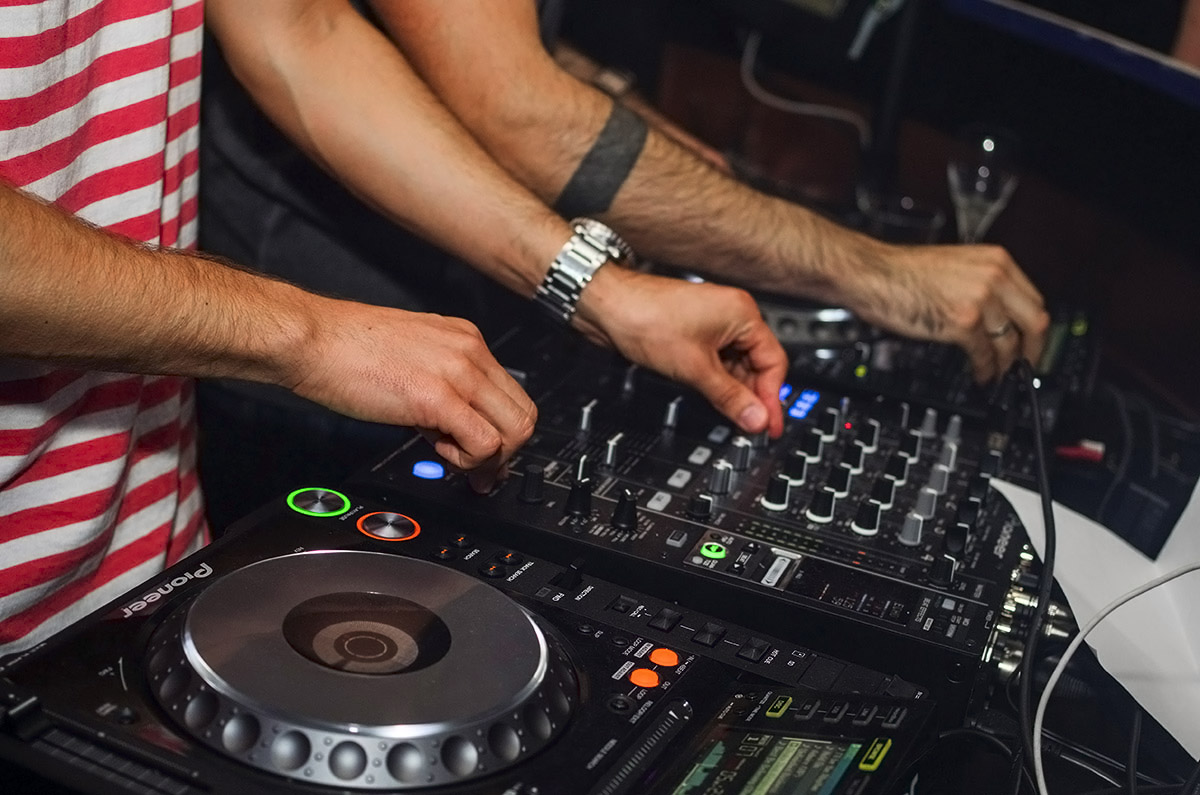 The music rolls on… 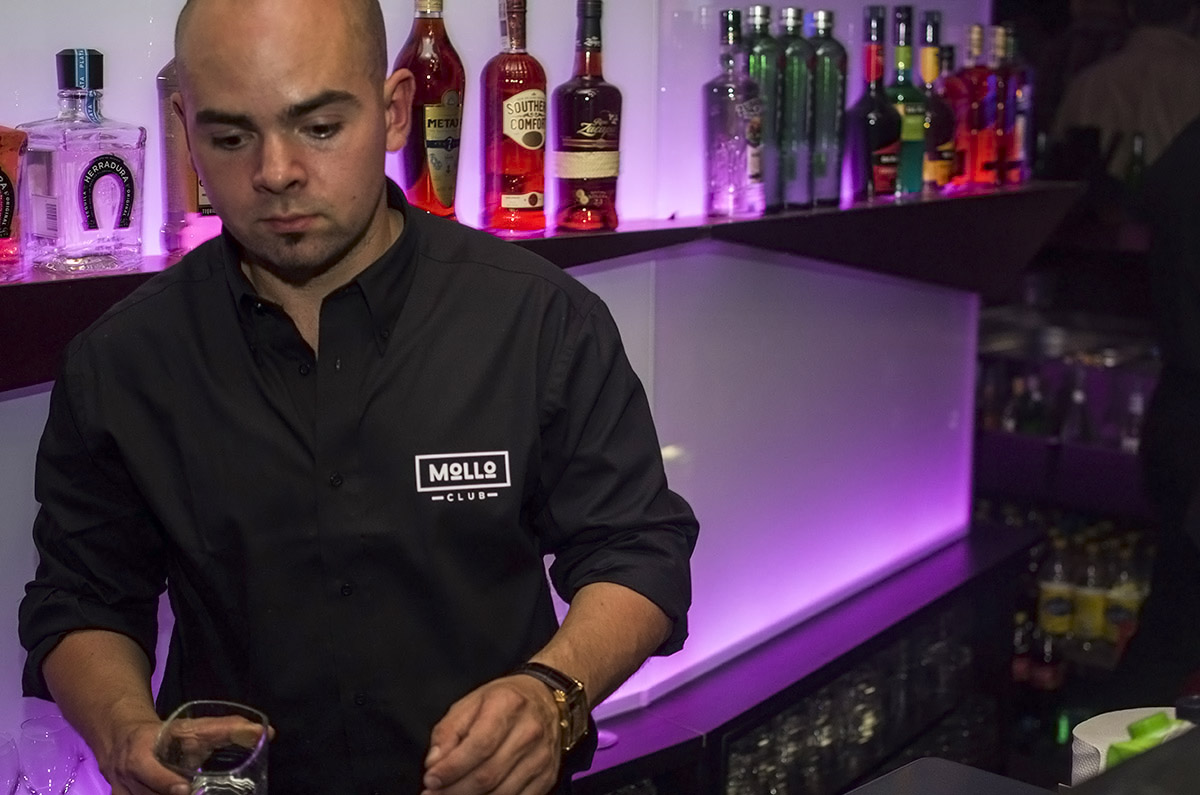 … and the bartenders roll out… great atmosphere! 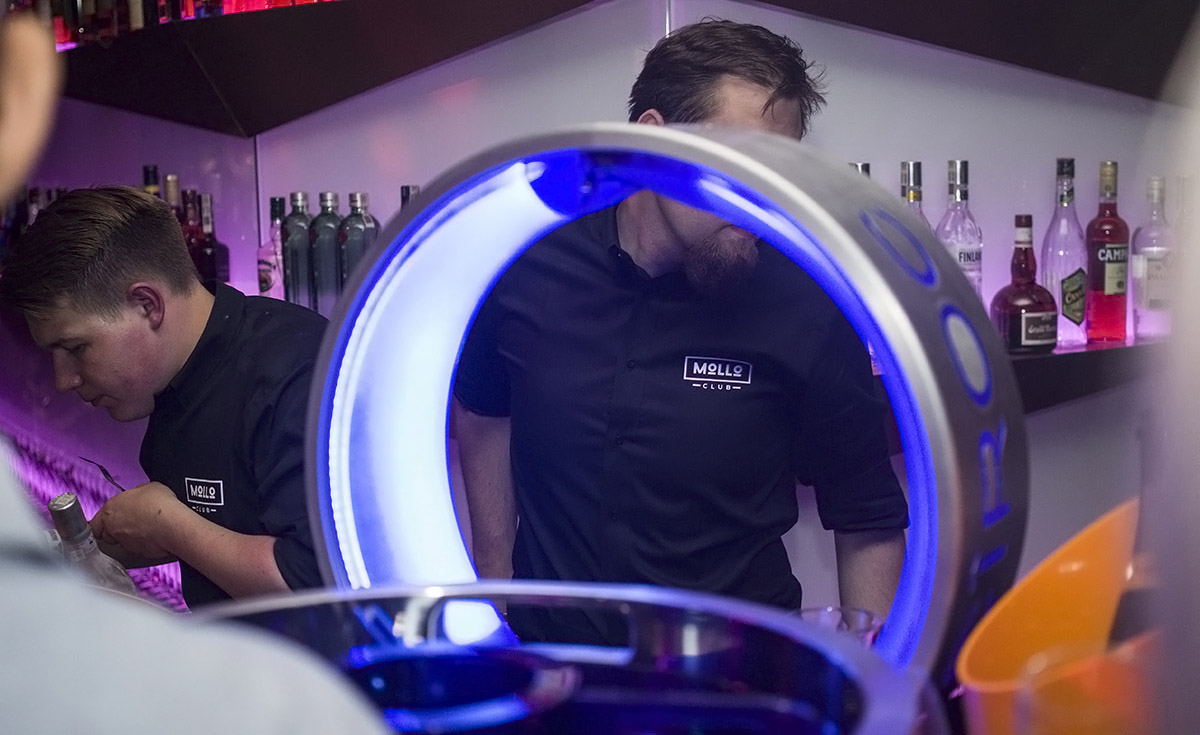 …till the sun rises. 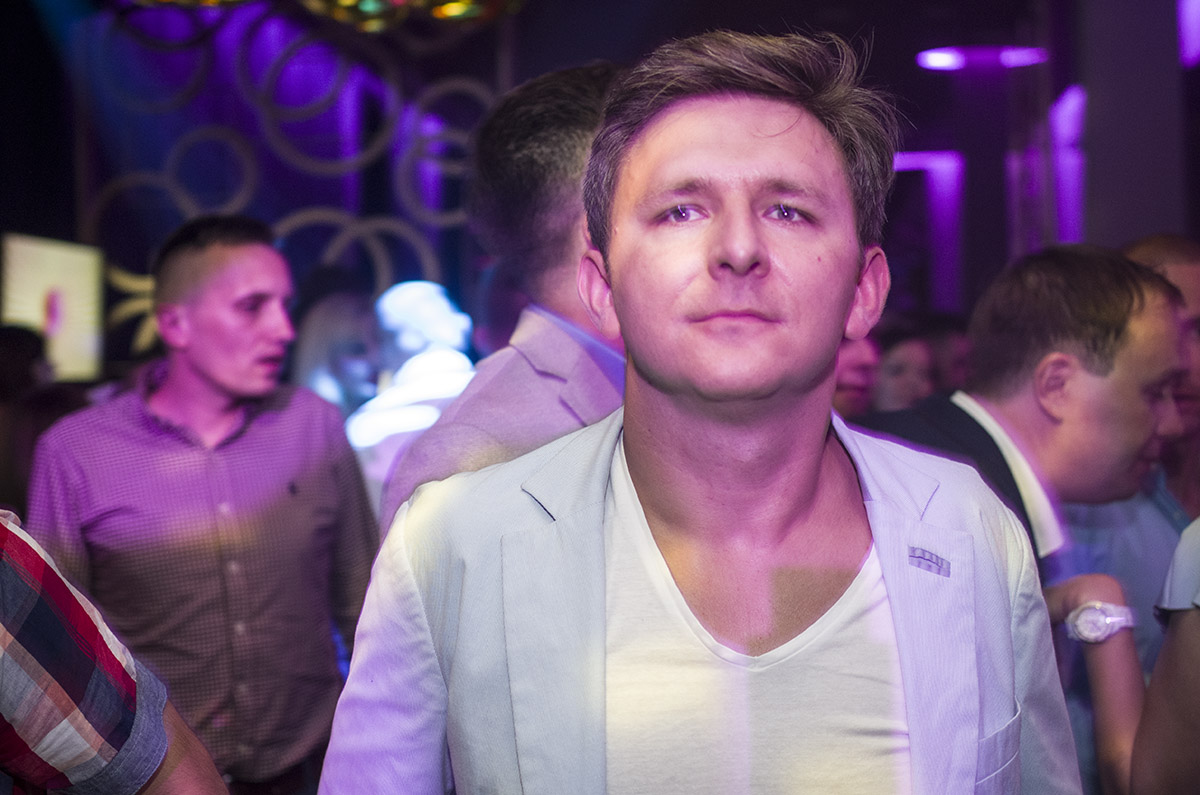 People have a good fun, which is the most important thing. 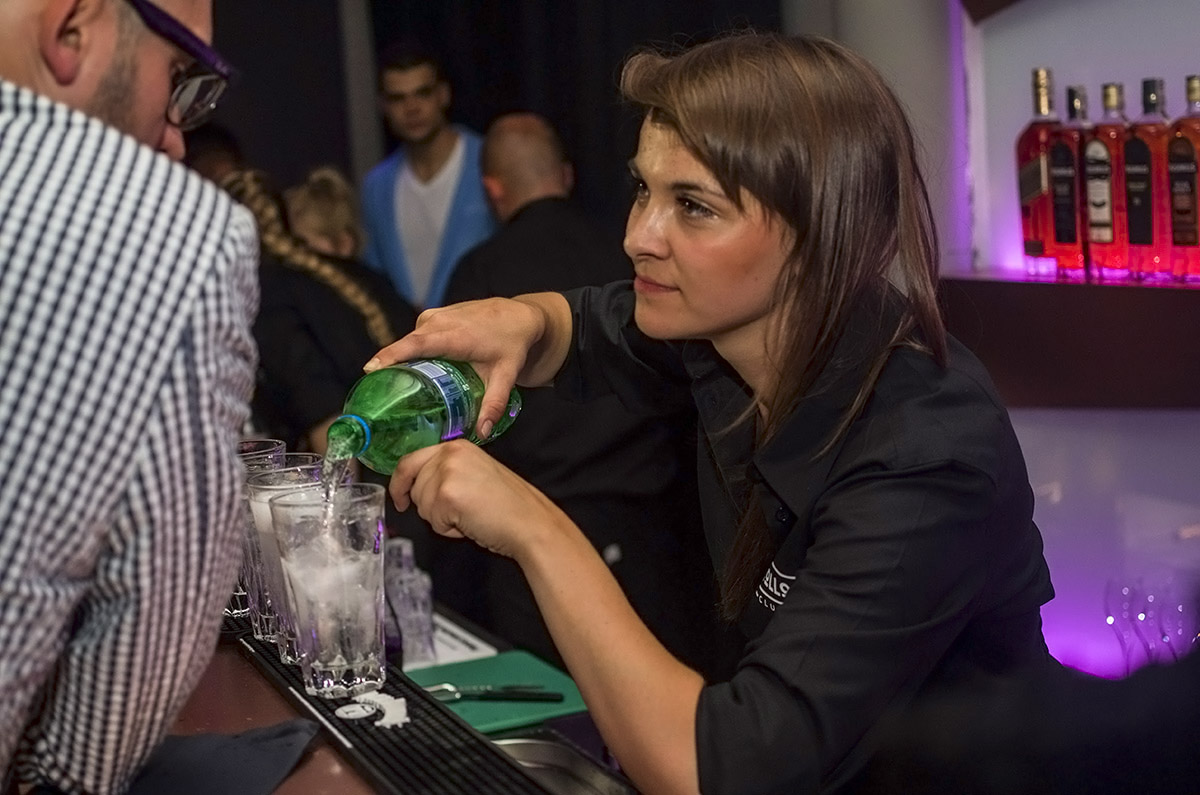 The club ordered cotton shirts, with a small blend of polyester. Thanks to 85% of cotton, the shirts are comfortably to wear, and provide air circulation. 15% of polyester prevents the shirts of creasing and helps to keep their shape. The logo itself was made in a cut vinyl techinque, which will make the print very wash-resistant.

This site uses cookies to provide services at the highest level. Further use of the site means that you agree to their use.